For those of us involved in the stakeholder process initiated by Virgin to address whales and dolphins in captivity, and the role of tourism in their global protection, it was not immediately clear the extent and reach of the Pledge that resulted from this process. The Pledge essentially says that Virgin will no longer conduct business with those suppliers that continue to acquire whales and dolphins taken from the wild after February 14, 2014. 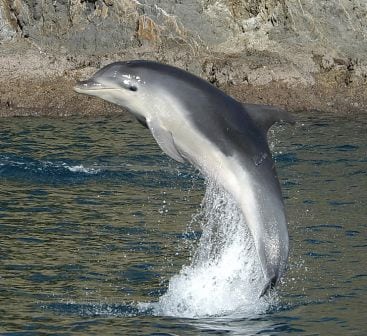 Now, Virgin has recently clarified this Pledge, suggesting it goes a bit further than we had initially thought. We welcome this clarification and believe that it goes one step further towards discouraging the capture and trade in whales and dolphins.

In response to the development of the Pledge, WDC praised this first step by Virgin, while acknowledging the Pledge’s shortcomings and seeking additional dialogue and redress of the complex issues associated with captivity.

Some of these shortcomings include the fact that the Pledge does not openly condemn the public display of whales and dolphins, suggesting that there is some educational or other value to this practice, and does not discourage captive breeding, which only serves to perpetuate a cruel industry. Furthermore, the Pledge only applies to individuals that are acquired after February 14, 2014—meaning that all dolphins that were captured from the wild any time before this February 2014 date can be traded freely. From our perspective, a wild-acquired dolphin is a wild dolphin, regardless of when she entered captivity.

However, it is and has been, the primary focus of the Pledge to address the especially destructive global market demand that is sustained by inhumane captures from the wild, a vicious cycle evidenced by the dolphin drive hunts that occur annually in Taiji, Japan and the orca and beluga captures occurring in the far east of Russia in the Okhotsk sea. It is important to remember, that beyond these more general concerns regarding the lifecycle of captivity, including the Pledge’s failure to incorporate actions addressing the welfare issues associated with the confinement of whales and dolphins, the Pledge’s primary focus is to take the initial and very big first step to shut-down the capture and trade in dolphins acquired from the wild.

This recent clarification by Virgin of these more implicit details of the Pledge is important. We believed that a primary weakness of the Pledge was that a Virgin-compliant facility could still participate in trade with a non-compliant facility that continued to capture dolphins from the wild, including the trade in the progeny of wild-acquired parents from these other facilities. This activity would essentially undermine the spirit and intent of the Pledge by providing a direct incentive to continue wild captures and possibly create a negative ‘breeding farm’ effect where Pledge facilities could receive dolphins that were technically captive-born, but were the offspring of non-compliant wild captures.

This clarification also makes it clear that Virgin’s intent is for the Pledge and its ethic to hopefully infiltrate the entire captivity industry, offering a mechanism by which the goal of ending wild captures of whales and dolphins from the wild, for any purpose, can be achieved. It is hoped that all captive facilities might sign and fulfill the Pledge’s commitment to not acquire dolphins captured from the wild in the future, or their progeny.

Explicitly stated as part of this pledge is Richard Branson’s belief that no whales or dolphins should ever again be killed by humans, or taken from the ocean for marine theme parks. This is the important driver of this stakeholder process and the spirit underlining the Pledge that provides us all with a foundation to seek even more protections for whales and dolphins.

Through trusted and important business relationships and a process of transparency, we hope that Virgin will continue to work to protect the integrity of the Pledge and those ethical principles embodied within it as we all rely upon the good faith of participating facilities. Through collaboration with all stakeholders, we can work to encourage other captive facilities to sign the Pledge, and hold all facilities, governments, and regulatory bodies accountable to the public’s growing interest in ending the cruel capture and trade in whales and dolphins.

View all posts by Courtney Vail →