According to reports from law enforcement agencies in the US, a young person has admitted to shooting a bottlenose dolphin with a hunting arrow in the waters around Florida. A written confession has been taken and a bow seized.

The dolphin was found dead more than a week after being shot in Orange Beach and a substantial reward was offered.

WDC is currently offering a $2500 reward for information leading to the identification, arrest and conviction of those responsible for the death of a protected bottlenose dolphin also in Florida earlier in December. The pregnant dolphin was discovered on Miramar Beach in the panhandle area and it has since been revealed that the dolphin died of a gunshot wound and was within weeks of giving birth.

Harassing, harming, killing or feeding wild dolphins is prohibited under the US Marine Mammal Protection Act of 1972. Violations can be prosecuted either civilly or criminally and are punishable by up to $100,000 in fines and up to one year in jail per violation. 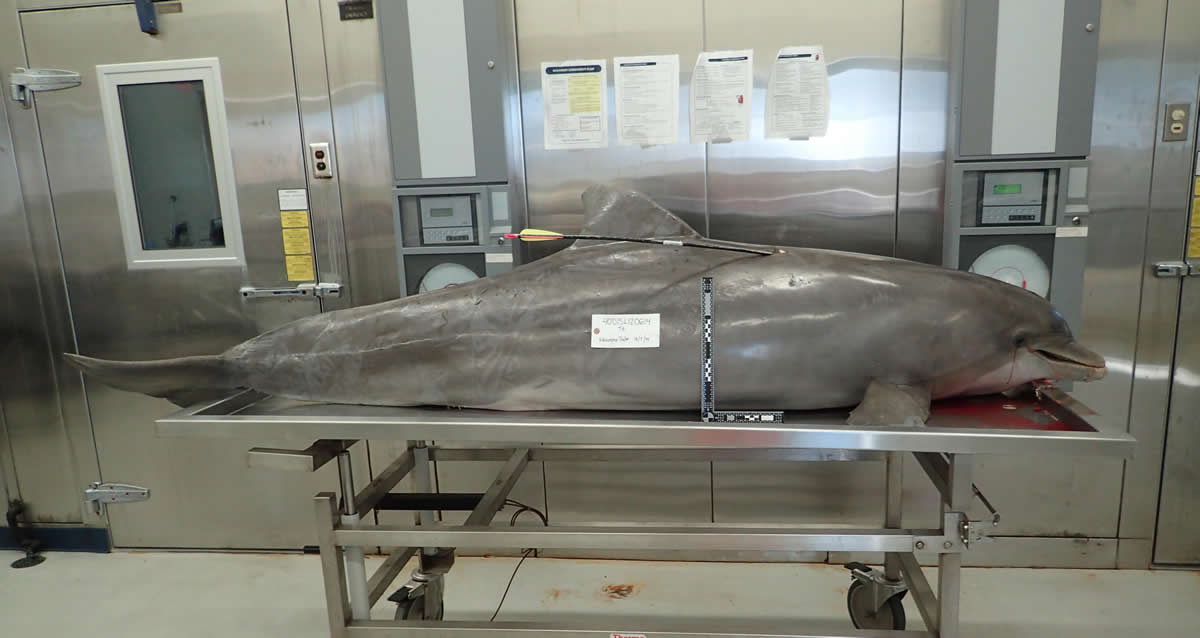