I used to think Father Christmas had the only real claim on the North Pole, but now it seems several countries want to usurp the old gentleman of his home.

Over the last few years WDC has been campaigning on the issue of Greenlandic whaling abuses. Regular readers will know that we have kept this issue in the forefront of EU International Whaling Commission (IWC) delegates, reminding them of their responsibilities to protect whales and dolphins as Greenland has steadily allowed more and more commercial elements to creep into its IWC categorised, Aboriginal Subsistence Whaling (ASW).

You may also know that the EU Commission has not been a staunch ally of the whales when it comes to Greenland, and indeed, have consistently seemed to put their own, parochial interests before conservation or even the interests of the majority of EU nation states at the IWC. But the question that begs an answer is why? Why is the EU Commission so blinkered when it comes to its citizens’ whaling?

WDC suggested some time ago that the EU’s blanket support of Denmark and Greenland’s increasingly commercial whaling, was somehow connected to EU aspirations to the Arctic. It may be that we were not far off with our suspicions.

The BBC reported on Monday (15th December 2014)[1], that Denmark had presented a claim to the United Nations (UN) arguing that the area surrounding the North Pole is connected to the continental shelf of Greenland and is therefore Danish Kingdom territory.

Denmark seems to be reacting to the previous moves by Canada and Russia who have already asserted their own sovereignty over the Arctic territory. The dispute will now go to a United Nations 21-member panel, which will adjudicate on the competing claims in the coming months.

The BBC reports that the US Geological Survey has estimated that as much as 22% of the world’s undiscovered and recoverable resources lay north of the Arctic Circle. In October 2013 Greenland’s Parliament voted in favour of lifting its long-standing ‘zero-tolerance uranium policy’, opening up Greenland to produce uranium and its associated rare earth metals[2]. This was seen as a reaction to the increasing numbers of resources being revealed by retreating ice-sheets and the stimulation of a new Arctic ‘gold rush’. 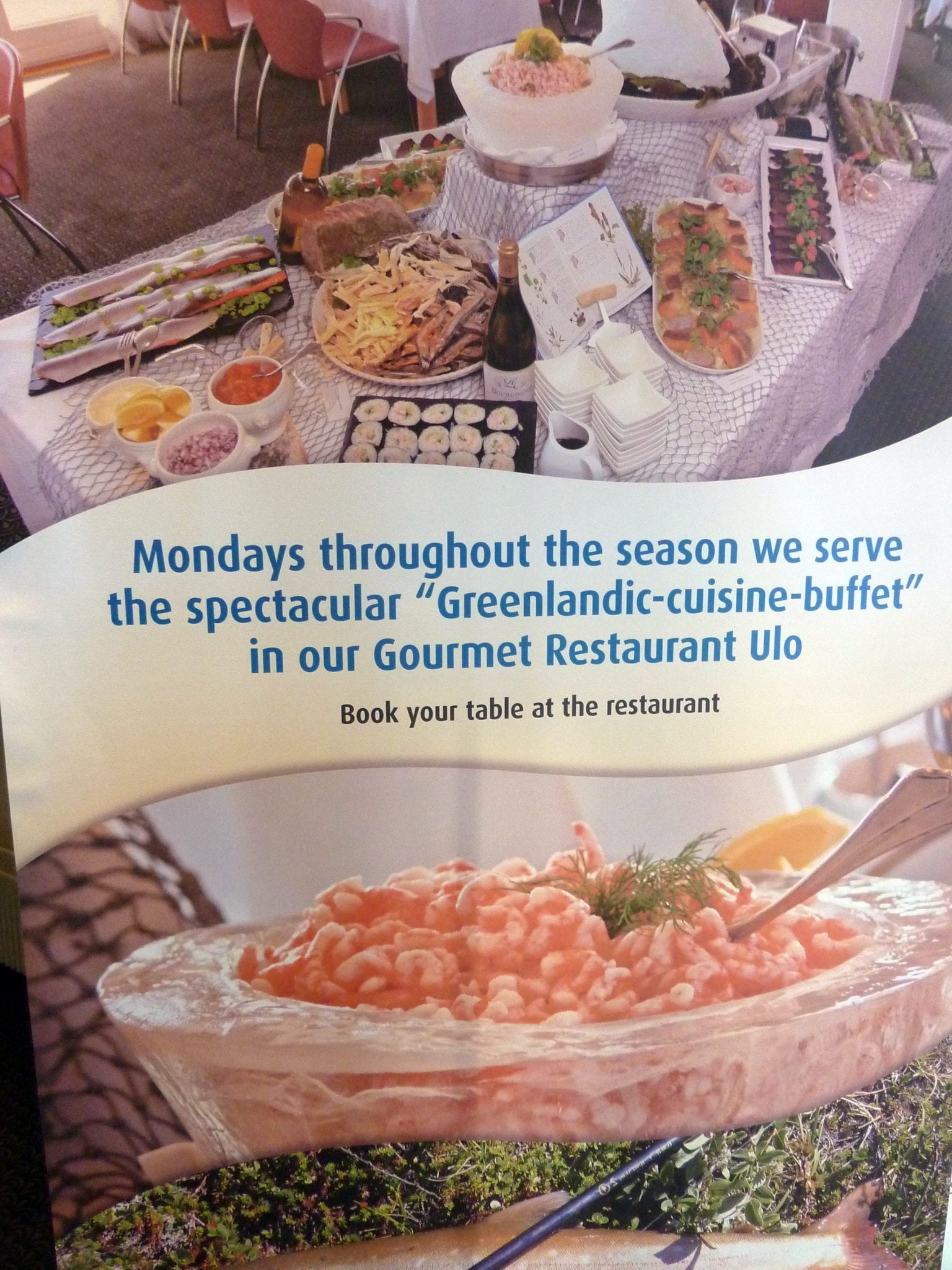 The Financial Times reported, in late 2013[3], that ‘…The White House published a US strategy for the region’, in which it noted that the ‘warming trend “…is unlike anything previously recorded. The reduction in sea ice has been dramatic, abrupt, and unrelenting.” This had the potential “to transform global climate and ecosystems as well as global shipping, energy markets and other commercial interests”.

But this brings us back to the question of why the EU is so interested in Greenland? Tim Boersma and Kevin Foley of the Brookings Institute, writing in September 2014, note that the EU ‘is highly dependent on non-energy raw materials to sustain its economy’[4]. To meet its projected future need the EU has developed a series of strategies including the ‘Roadmap to a Resource Efficient Europe’[5]. Boersma and Foley believe that oil finds in Greenlandic waters are not that strategically important to Europe, but that, based on the [EU’s] list of critical raw materials established in 2014, Greenland has particularly strong potential in six of the 14 critical elements’[6].

Based on 2010 USGS data, Greenland holds 3.44 percent of the global rare earth elements potential, however, more recent reports suggest that Greenland, despite ongoing accessibility concerns, could supply some 25 percent of the EU needs in some elements[7].

With Greenland being part of the Kingdom of Denmark, the EU has positioned itself as a significant partner in seeking to help Greenland to diversify its economy in a sustainable fashion, – by helping it expand the capacities of its labour force and its administration, particularly in areas of common interest such as energy, climate change, and raw materials. These areas of collaboration, and the framework for the partnership, are being developed by the Greenland administration in a so-called Programming Document for the Sustainable Development of Greenland (PDSD)[8]. Unfortunately the EU Commission does not appear to have a problem with Greenland including the sale of whale products as part of that economic development.

Whilst Greenland was once part of the EU it has struck a special relationship with the EU ever since the country opted out of the European Community in 1985. Previous negotiations led to Greenland becoming part of the EU’s Overseas Countries and Territories (OCTs). In principle OCT nationals are EU citizens,[9] however, the EU acquis, European legislation and its court decisions, does not apply to the various OCTs. Alternatively, EU rules and procedures for the OCTs are listed in the Overseas Association Decision, most recently renewed in November 2013[10]. The core objectives are stated to be, to establish close economic relations, promote shared values and standards, and facilitate OCTs’ relations with third countries.

Boersma and Foley (2014) notes that, ‘…complementary to the Overseas Association Decision, Greenland has a comprehensive partnership with the European Union [renewed in March 2014]. The current agreement acknowledges Greenland’s geostrategic position in the Arctic, and provides the basis for collaboration on a wide range of topics, including energy, raw materials, and climate change.[11]’

In this rush for the Arctic, Boersma and Foley believe that part of the EU strategy is really to ‘lock out’ China and other third party countries from access to Greenland’s resources in the medium to long term.

The next five years will see a small number of mining projects potentially reaching production, but, according to Boersma and Foley, ‘overall the aggressive pace of development that the Greenland administration has laid out since the most recent elections in the spring of 2013 seems too optimistic’.

We make no claims that these resource issues are causative as to the EU Commission’s pro-whaling position on Greenlandic whaling and it’s increasingly complex slide into commercialization, but we offer it up as another element that people should consider when trying to understand and correlate the actions of the EU Commission and the EU citizen whaler on its doorstep. The fact that the latest version of the Comprehensive Partnership Agreement between the EU and Greenland[12] was agreed and implemented in March 2014, but was subject to negotiation during a period that the EU nation states were increasingly holding Greenland to account at the IWC, maybe goes some way to explain why the EU Commission would not tolerate any issues arising at the IWC that could have compromised its actions in this other fora.

Some may argue that Greenland had more to lose in these negotiations with the EU than gain in the long run, but it was apparent to us that study the issue at the IWC, that Greenland was willing to risk almost anything in defending its declared right to whale as it sees fit and not be subject to the concerns of an increasing number of governments. That the EU Commission was complicit in helping establish these precedents shows us where the issue of whale conservation ranks when it comes to the EU Commission’s thinking and the geopolitical realpolitik of the Arctic. It seems, that over the next few years, Greenland may get richer in terms of mineral wealth, but it may be poorer in the world’s eyes if the that same global community see it as just another commercial whaler.

[8] European Council, “Council Decision 2014/137/EU – on relations between the European Union on the one hand, and Greenland and the Kingdom of Denmark on the other,” Official Journal of the European Union, 14 March 2014), http://eurlex.europa.eu/legalcontent/EN/TXT/PDF/?uri=OJ:L:2014:076:FULL&from=EN.

[10] “Council Decision 2013/755/EU on the association of the overseas countries and territories with the European Union,” European Commission, 25 November 2013

View all posts by Chris Butler-Stroud →
Manage Cookie Consent
We use essential cookies for the functioning of this website. If you "Accept All cookies" you agree to the additional storage of cookies used for ads personalisation and helping with our fundraising efforts. We also use Google Analytics to improve our website by collecting information on how you use it without directly identifying anyone.
Manage options Manage third parties Manage vendors Read more about these purposes
Choose preferences
{title} {title} {title}