A scientific study recently went viral on social media as it provided a glimpse into the lives of orcas never seen before. A remote-controlled hexacopter with a high-resolution camera mounted to its underside was used to get an insight in to the life of the Northern Resident orca community in Canada – some of which make up WDC’s orca adoption programme. Scientists from the National Oceanic and Atmospheric Administration (NOAA) worked together with the Vancouver Aquarium to obtain information about the health status of individual orcas. Like the endangered Southern Resident orca community in Washington State, the Northern Residents feed mainly on salmon, particularly Chinook salmon, which has declined substantially in recent years. Although numbers of the Northern Resident orcas are higher than the Southern Residents (more than 200 compared to a worrying 79 individuals), the population is listed as threatened under Canada’s Species At Risk Act.

Analysis of the photos taken by the hexacopter revealed that some of the orcas were extremely skinny as evidenced by a depression behind the blowhole. On a more positive note, healthy adults and juveniles as well as pregnant females were also photographed. 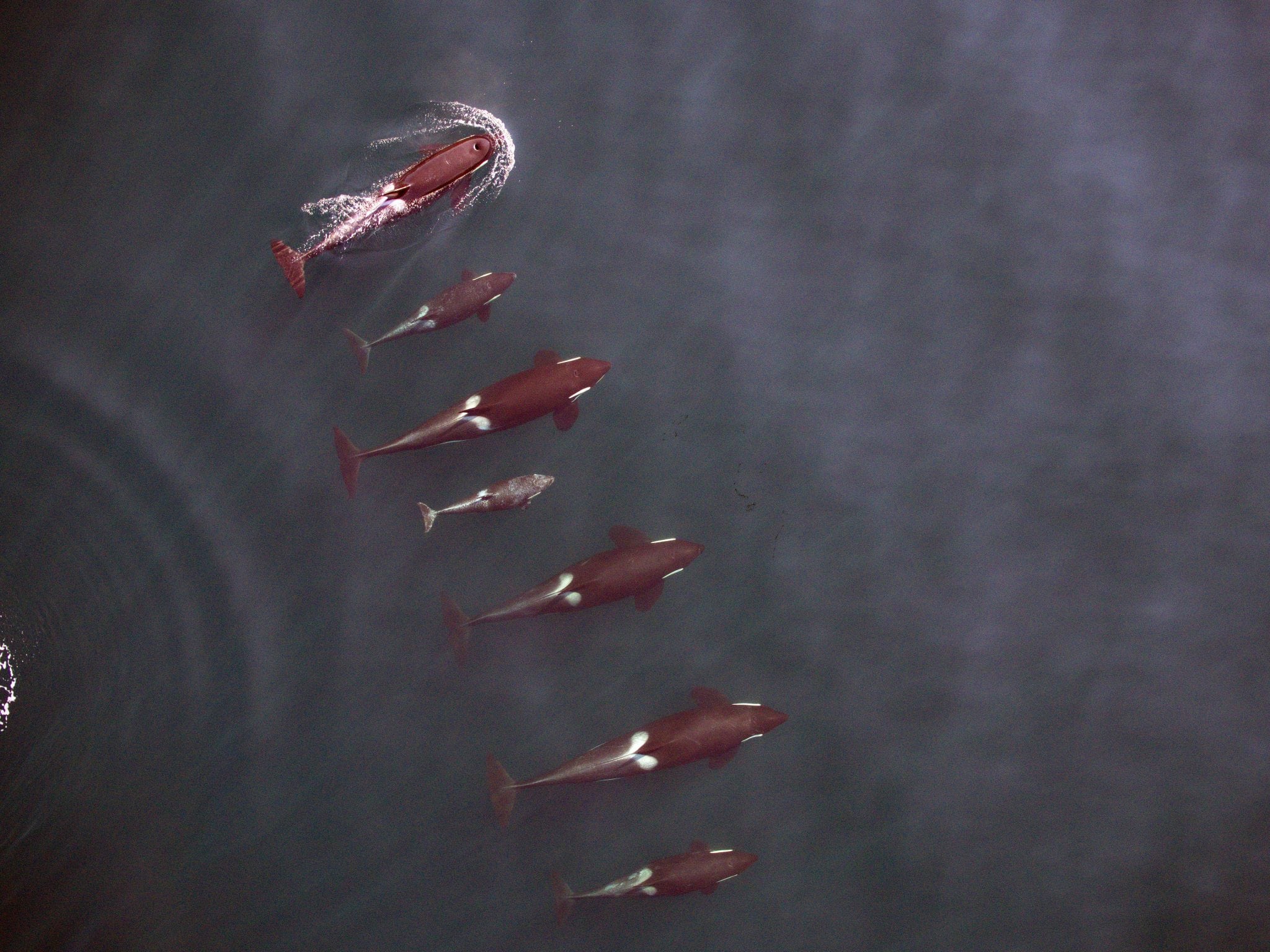 One male orca, A37 (also known as “Plumper”) seemed in particularly bad condition and disappeared shortly after the aerial photos were taken. He was part of the A36 matriline which now only has one member left: A46, also known as “Kaikash”. Their older brother Cracroft (A32) died in 2010.

In its Podcast, NOAA Fisheries shows the aerial images with descriptions and provides a video with the scientist in charge of the project.

This technology is fascinating but conducting whale research with unmanned aerial vehicles has inherent risks. Apart from the need to obtain special permits for working with these beleaguered populations it is important that appropriate distances are maintained in relation to the whales. In this particular case the drone was working at an altitude of at least 100 feet (approx. 30 metres). Without a permit, this altitude should be 1000 or even 1500 feet, depending on the species photographed.

Before more whale research with unmanned aerial vehicles is done, there might be the need to research the unmanned vehicles themselves. Even if the noise impact is not severe, the risk of the drone malfunctioning would present a risk to the environment and the whales. The issue of recreational and/or commercial use of drones around whales needs also to be addressed.

View all posts by Ulla Ludewig →
Manage Cookie Consent
We use essential cookies for the functioning of this website. If you "Accept" you agree to the additional storage of cookies used for ads personalisation, analytics and helping with our fundraising efforts.
Manage options Manage services Manage vendors Read more about these purposes
Choose preferences
{title} {title} {title}