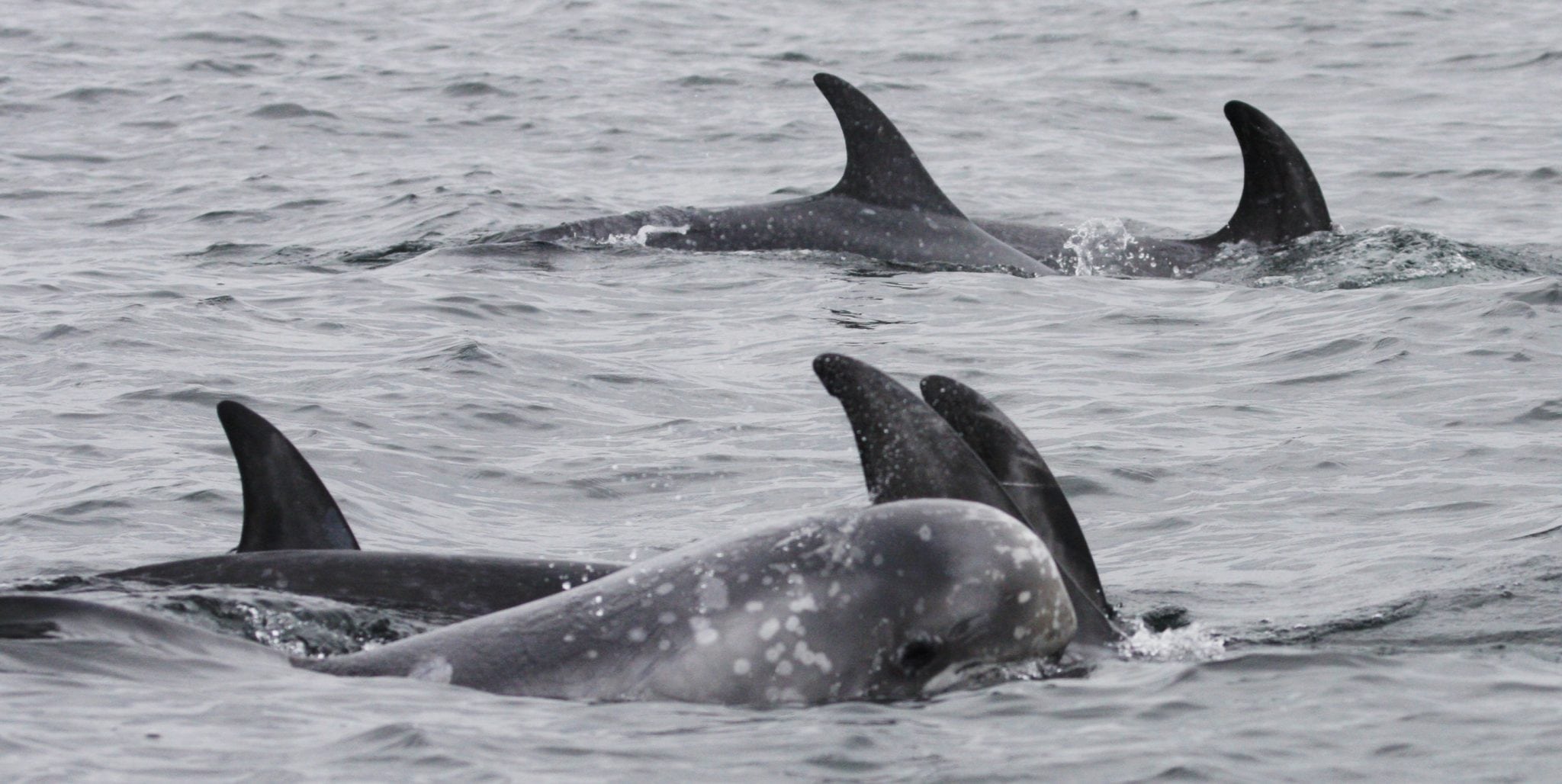 Individual Risso’s dolphins can be identified through a variety of scars and natural markings on their bodies and fins, making it possible to recognise them year after year and to gain a deeper understanding about their needs and interestingly, their social lives. Over the years we’ve catalogued over 75 individual dolphins, including mothers and calves, groups of juveniles and groups of what appear to be individuals with stable friendships that cover multiple years. Just a few days ago we encountered a group of dolphins foraging close to the coast, on closer inspection they turned out to be individuals that we photographed engaging in the same behaviour, as a group, back in 2010.

Another dolphin that we catalogued in 2010, and were unsure of its sex, was resighted in 2013 with a young calf – hence “it” became a “she”! This habitat is obviously important to her, and the health of her children, as we encountered her again only a few weeks ago with a young juvenile in tow.

One intriguing discovery of our time so far on this magical island off the north-west coast of Scotland (on the margins of the Arctic circle – or at least the weather sometimes makes it feel that way!) is that of possible hybrid dolphins, individuals that are a result of Risso’s dolphins mating with bottlenose dolphins. Although hybrids of other whale and dolphin species have been documented elsewhere, this is the first evidence of it happening in UK waters. The reasons for this behaviour are intriguing and the conservation implications of hybridism are unknown, but it demonstrates the importance of effective management for these individuals and also for the wider populations found in the area. Only continued monitoring will help us to understand the extent and significance of hybridism in wild dolphins.

Our survey site here on the Isle of Lewis has been proposed by the Scottish Government as a Marine Protected Area (MPA) for the resident population of Risso’s dolphins, and given that we’ve been seeing some of the same dolphins returning to the area over multiple years and that possible hydrid dolphins have been documented using the area, we believe the case for this important designation is clear.