The sordid details are now emerging of further orca capture activities in the Russian Far East southwestern Okhotsk Sea. The two orcas captured in mid-July, and reported here earlier, have been shipped to China. And now we have learned that two more orcas were captured in the Okhotsk Sea in late July. 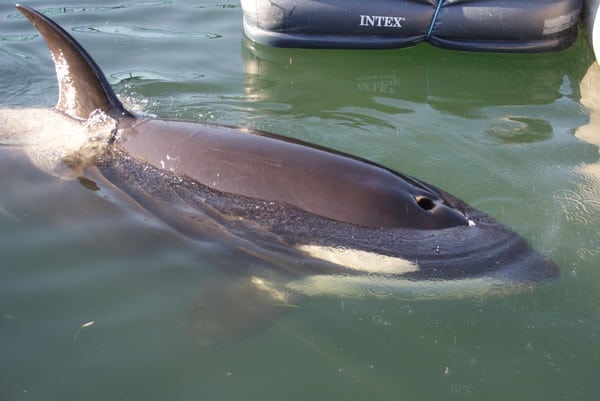 The legality of all four of these captures is in question as the capture quotas for 2014, for 10 more orca captures, were only issued in August, according to Order RPN 4 August 2014 from the Russian Federal Fisheries Agency. After quotas are issued, there would ordinarily be a logistical delay of several days to weeks before permits could be applied for and granted by the local fisheries board.

Yet whether legal or not, this is disheartening news: These orcas quotas are being awarded and the captures are being conducted without essential population studies, against the advice of many orca researchers, and in the face of condemnation by an increasing number of people around the world opposed to splitting up whale and dolphin families in the wild and putting individuals on display for human amusement.

WDC respectfully asks the fisheries inspectors and permit-granting fisheries boards in Russia to provide a factual account of the orcas taken, making public the essential biological information: Size and composition of capture pod; number, sex and size of whales taken or killed during capture; location and day of capture; identification photographs of all marked dorsal fins in the pod for identification and monitoring in future. However, even before obtaining such basic information, fisheries inspectors might well check whether a valid permit is even in place.

We can only hope some of this gets sorted out on 22nd September, at the 8th Marine Mammals of Holarctic International Conference, in St. Petersburg, Russia, when there will be a three-hour roundtable to discuss the issue of whale and dolphin captures in Russia.