We’d seen the blows from land, so we knew as we approached from a mile or so that the disturbance on the otherwise flat calm surface of the deep offshore ocean was significant. But what we found surpassed our expectations. 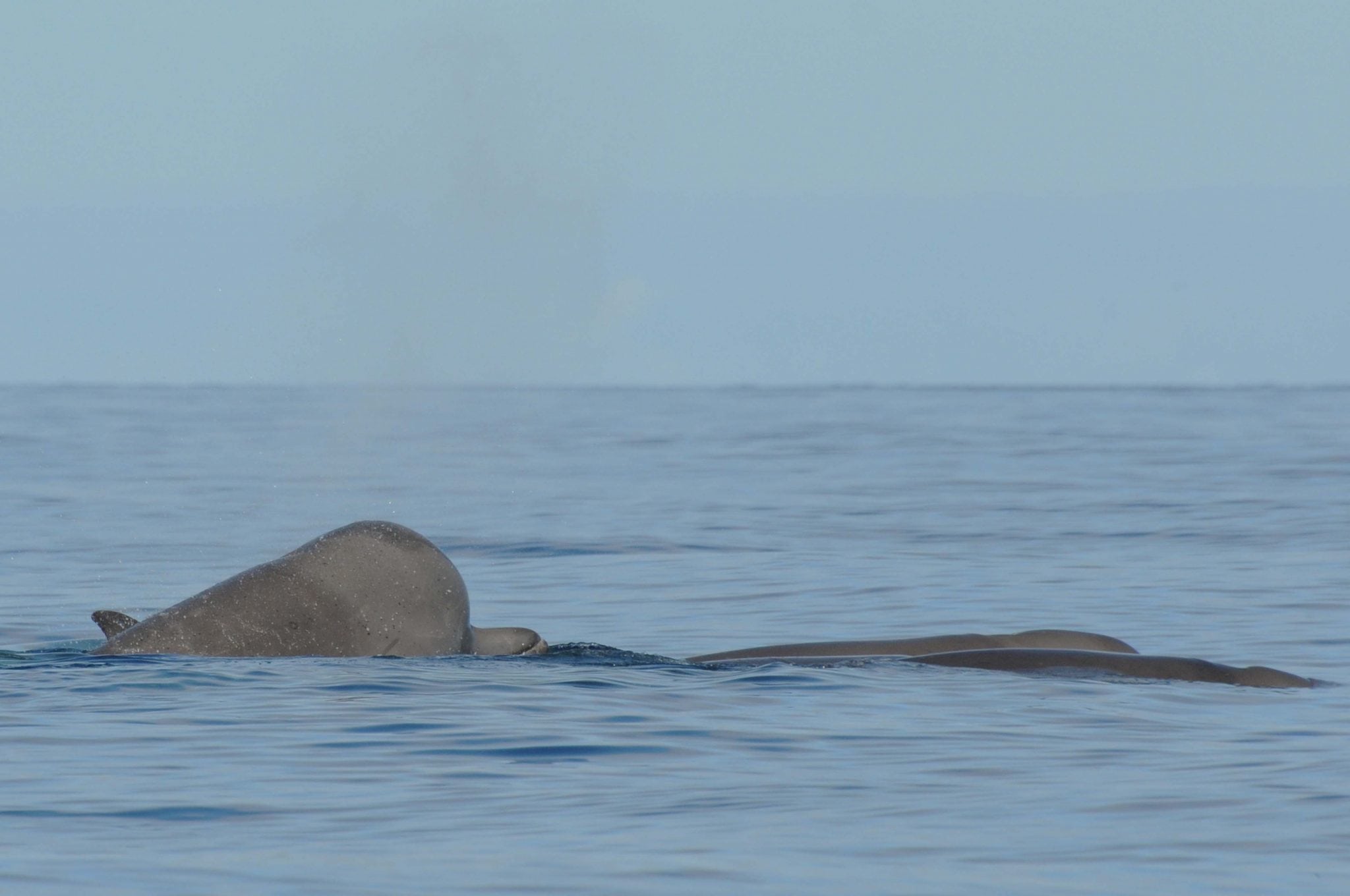 Northern bottlenose whales, like all beaked whales, are very poorly understood. So as we slowly approached this group of 12 to 15 whales, they were blowing strongly and logging at the surface, the feeling on the boat was electric. There was a momentary pause of disbelief at our luck – a feast of rare whales right in front of our eyes – and then we caught ourselves: and the usual scrabble for the camera, data sheets and our scientific brains ensued.

These big brown whales, with bulbous heads glinting in the sunlight, were split into two sub-groups. They were twice the size of our survey boat and giving us incredible, no, un-be-live-able views (and photo-ID opportunities), spending a couple of minutes at the surface and then only a couple of minutes below before surfacing in tight groups again. They were resting next to a pod of pilot whales, also split into two sub-groups, and gently bobbing along beside each other.

We methodically worked through the groups, assessing numbers of adults, juveniles and calves, collecting photographs of their fins and recording their gentle, lolling behaviours.

Then everything changed. First we saw the fin of a dolphin – perhaps one of the spotted dolphins that had accompanied us offshore to this whale fest? No, it turned out to be a group of Risso’s dolphins, the first of five resident pods that we were to encounter today – and the reason that I am here in the Azores. More about that later, for now we have a battle for territory to tell.

It was a pod of local male Risso’s dolphins, well known to the Nova Atlantis Foundation who have been studying them here for 15 years, and these dolphins were not in the mood for strangers in their patch. 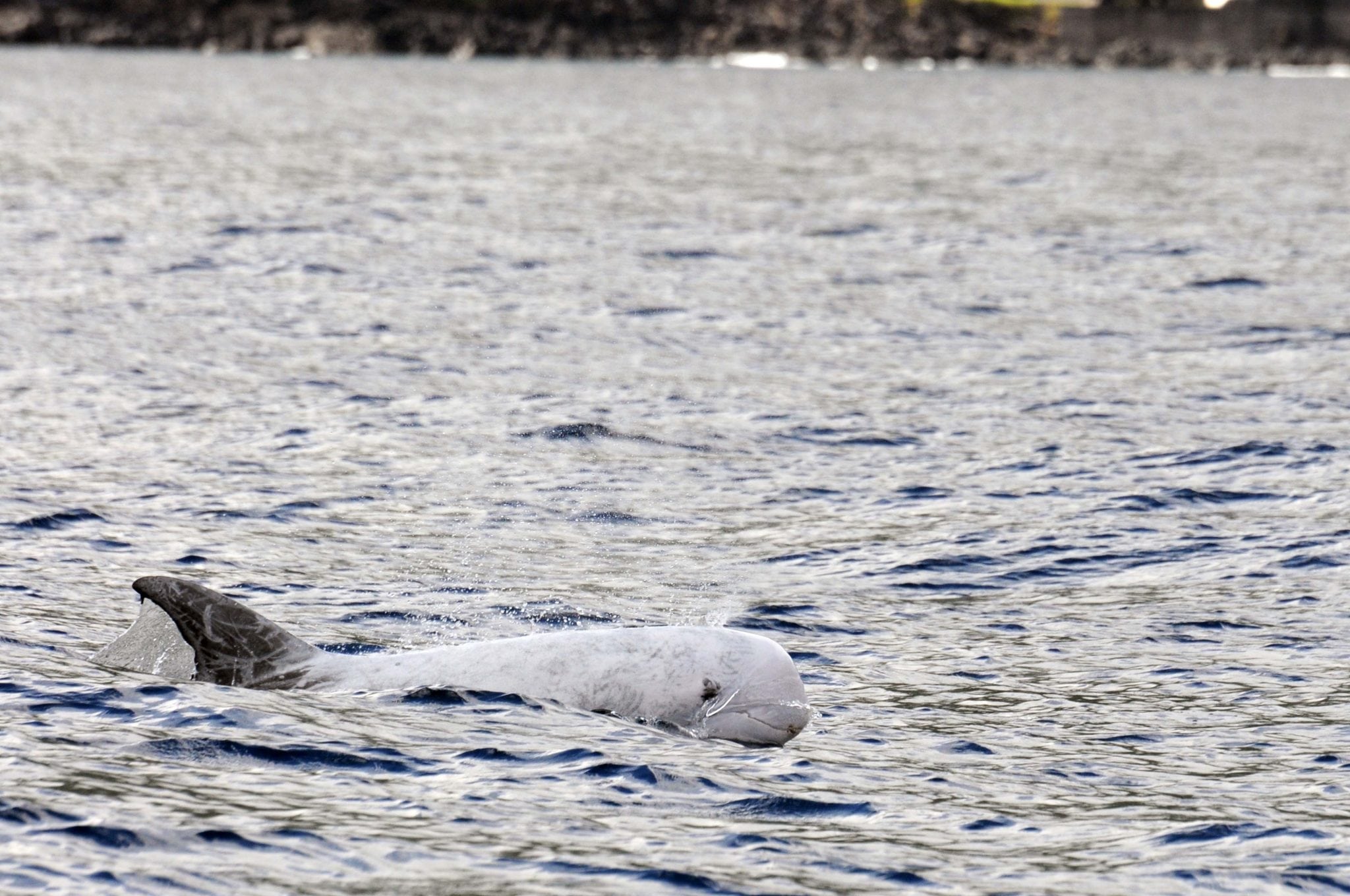 The Risso’s dolphins were very boisterous and appeared to be preparing to cause trouble. They were very active on the surface and seemed very agitated. Together they moved in and charged from some distance towards the bottlenose whales, causing these 10 metre giants to dramatically dive into the depths! Beaked whales, including bottlenose whales, are diving specialists and feed at about 1,500m (a Cuvier’s beaked whale was recently recorded diving nearly 3km deep).

A short while later we had a ringside seat as the Risso’s, who’s behaviour was just the same with pushing and splashing, then charged one of the groups of pilot whales we were close to. First the Risso’s approached them at high speed from more than 20 metres, causing a great splash and commotion on the surface of the water and then they rapidly and precisely circled the pilot whale pod for a couple of minutes, before these whales too dove in hope of escape from these aggressive locals. 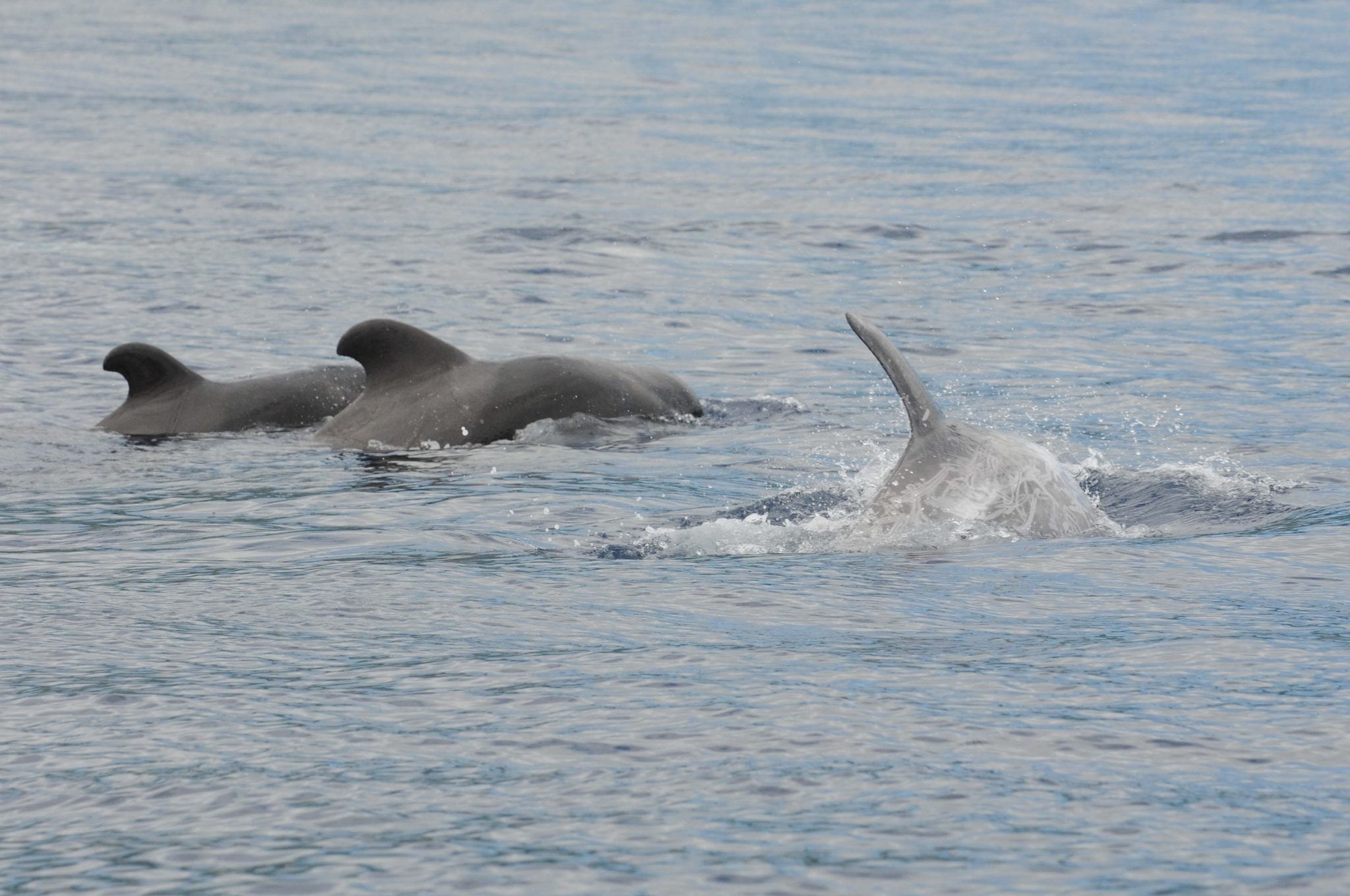 For the rest of our time on the water that day, as we moved back towards the coast and from one Risso’s dolphin pod to another, we could see the distant whales had resurfaced and continued to rest offshore. And the stories of the Risso’s lives began to unfolded for me as Karin, Director at Nova Atlantis Foundation, described all the individuals and pods that she knew from her 15 years studying the Risso’s dolphins on the water here. 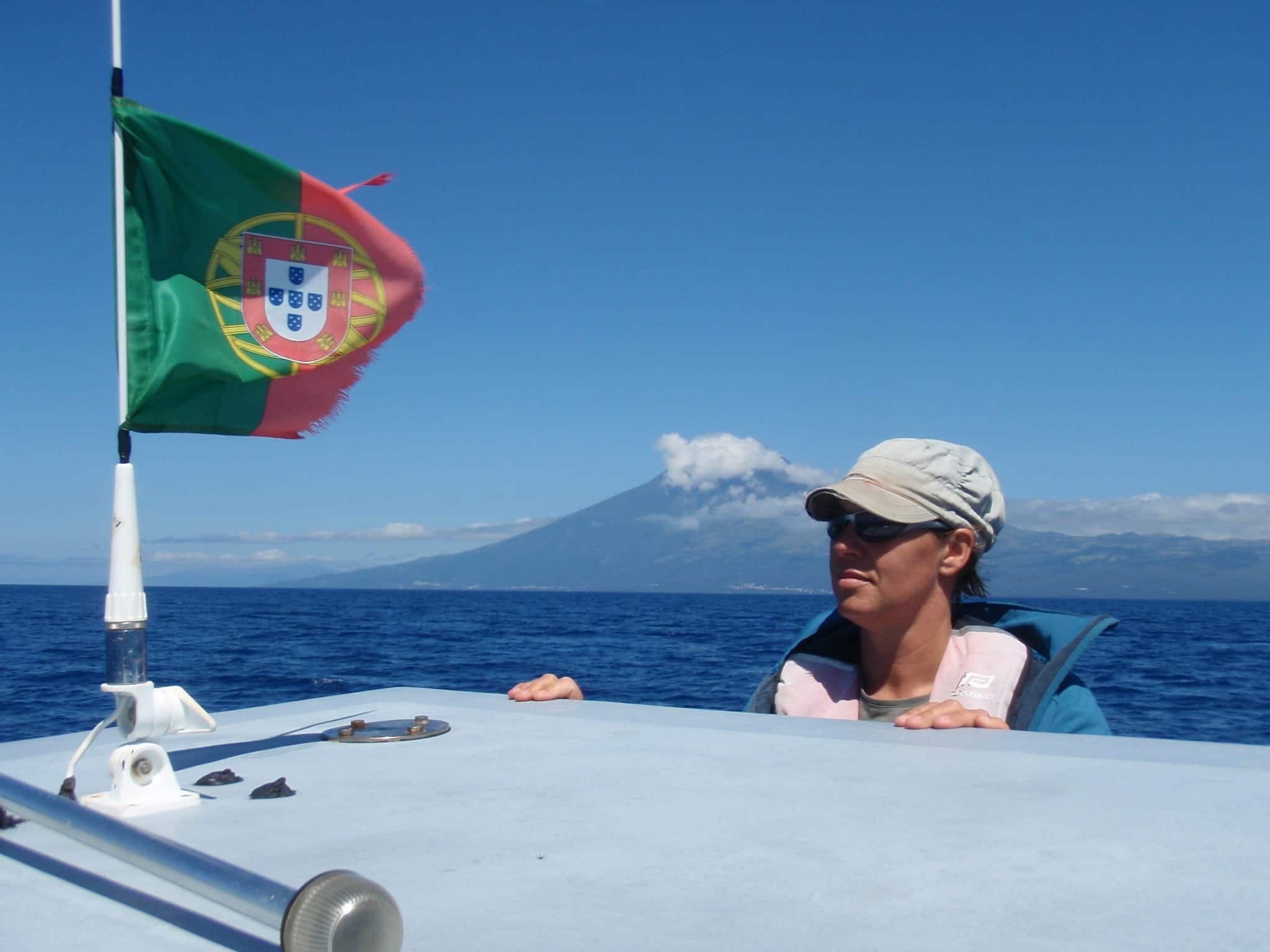 And this is the reason that I am here, on Pico in the Azores for the next four weeks, to find out more about the longest running Risso’s dolphin project and how WDC can learn for our own Risso’s project on the west coast of Scotland. I also to find out about the conservation measures here in the Azores, where the pressures are quite different from those the Risso’s back at home in the UK face. Over the course of the next 4 weeks I will be blogging about the amazing species, the history of whaling in the Azores and the threats that these animals currently face and what is being done to protect them.