WDC and program partners have continued expansion of the Dolphin SMART conservation program in Hawaii to the island of Maui. Dolphin SMART is a voluntary outreach and stewardship program that awards annual recognition to tour operators who responsibly view wild dolphins and educate their patrons on dolphin conservation. 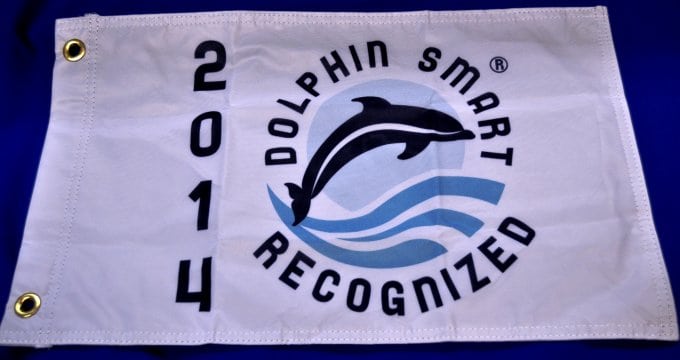 Trilogy Excursions is the most recent operator to earn Dolphin SMART recognition in Hawaii, and as the fifth Dolphin SMART business in the state, marks the Program’s expansion to a third island there. Trilogy Excursions joins Hawaii Nautical and their subsidiary Port Waikiki Cruises, Ocean Joy Cruises, and Dolphin Star on Oahu, and Holoholo Charters on Kauai. With the addition of Trilogy Excursions, there are currently seventeen participating operators in Florida, Alabama, and Hawaii.

Dolphin SMART originated in Key West, Florida, and was launched by WDC, NOAA Fisheries Service and Office of National Marine Sanctuaries, and the Dolphin Ecology Project in 2007. The Program expanded to Alabama in 2008 before launching in Hawaii in 2011.

Viewing dolphins from a responsible distance is a cornerstone of the Dolphin SMART program. Close viewing of wild dolphins may disrupt important natural behaviors such as resting, feeding, and nursing and result in negative impacts to the health of dolphin groups and their young.

The “SMART” acronym is a reminder of the basic principles of dolphin viewing etiquette:
• Stay at least 50 yards from dolphins,
• Move away slowly if the dolphins show signs of disturbance,
• Always put your vessel engine in neutral when dolphins are near,
• Refrain from feeding, touching, or swimming with wild dolphins,
• Teach others to be Dolphin SMART.

In recent years, there has been an increase in human dolphin interactions in the main Hawaiian Islands. These activities primarily target Hawaiian spinner dolphins (Stenella longirostris longirostris), which are routinely found close to shore in shallow coves and bays where they congregate during the day to rest, care for their young and avoid predators before traveling to deeper water at night to hunt for food. Commercial operators that offer “swim with wild dolphin” tours and individuals that swim or paddle from shore interact with dolphins during times when the animals are at rest. Hawaiian spinner dolphins are a subspecies found only in the Hawaiian Islands and are genetically distinct from other spinner populations, such as those in the Eastern Tropical Pacific.

View all posts by Courtney Vail →
Manage Cookie Consent
We use essential cookies for the functioning of this website. If you "Accept All cookies" you agree to the additional storage of cookies used for ads personalisation and helping with our fundraising efforts. We also use Google Analytics to improve our website by collecting information on how you use it without directly identifying anyone.
Manage options Manage third parties Manage vendors Read more about these purposes
Choose preferences
{title} {title} {title}