By Julia Pix | 30th March 2021
When a dolphin or porpoise is caught or entangled in fishing gear it's known as...
Load More

After dinner yesterday evening I was talking to our group about Keiko, the star of the Free Willy movie, who went on to become the most famous whale on the planet. But Keiko’s story started long before the movie studios started calling. Because Keiko, you see, was a son of Iceland. I’m in the privileged position to be out on the water most days watching these magnificent animals living life as nature intended, wild and free. Staring out across the fjord as a new family of orcas comes in from the north, I can’t help but ponder that this could be Keiko’s family. A fanciful thought maybe…. Very little was known about Icelandic orca society when Keiko was captured as a two year old in 1979. We know he was captured off the south coast of Iceland during the summer months and recently researchers have shown that the orcas seen off the south in the summer come here to Grundarfjordur on the west coast in the winter. Female orcas in the wild can live to 80 or 90 years so there is every chance that Keiko’s mum, along with all his siblings, are still somewhere out there today. So not such a fanciful thought after all. 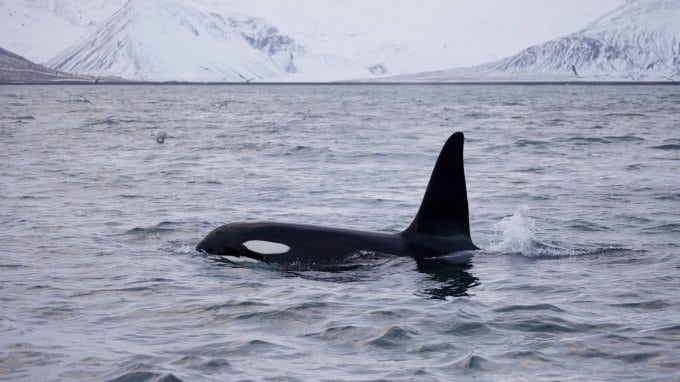 I wonder what memory Keiko’s mum must have of that terrible day when her pod was captured in a fisherman’s net and she had her baby ripped from here side. The minute Keiko was loaded on to the back of a truck his life was effectively over and for the next seventeen years he went from marine park to marine park travelling from Iceland to Canada and then finally on to Mexico where Warner Bros found their star. Warner Bros, incidentally, approached marine parks in the US and Japan but there was no way they were going to allow one of ‘their’ orcas to feature in any movie that portrayed marine parks as ‘whale jails’. Free Willy became a huge hit but left fans of the movie deeply troubled when they found out that its real life star was still languishing in a small tank with chemically treated water causing his skin to become infected. For an animal that is used to spending all its time below sea level, the Mexico City park, at an altitude of 2,445 metres, presented Keiko with additional problems! Never doubt, however, the power of public opinion. An increasingly vocal army of Keiko fans wondered out loud how amazing it would be if life could imitate art! Warner Bros soon realised they had a responsibility to Keiko and set up the Free Willy/Keiko Foundation with the aim of giving Keiko a chance at freedom. Keiko was soon moved to a purpose-built facility in Oregon where he finally got to swim in natural sea water for the first time since leaving the ocean. He also learned to catch live fish and had the space for deep dives. His skin condition also cleared up – basically, he thrived! The next stage was a move home to Iceland where he spent the next few years under the care of the Ocean Futures Society. Keiko was now in excellent health and was often taken out on ‘ocean walks’ where he interacted with wild Icelandic orca pods. On one such walk, in 2002, Keiko left the tracking boat behind and headed off with other orcas where he spent his time in and around these wild pods. He then took off across the North Atlantic on a thousand mile odyssey for the next 60 days without any food from humans. Keiko then headed due east to Norway where he followed a trawler into one of the fjords. Keiko’s final days were spent in the Norwegian fjords where he was finally free to come and go as he pleased. In December 2003, at the age of 26, he died of pneumonia. He was the second longest-lived captive orca in the world and his legacy was huge. He was testament to the fact that release of wild-born, captive orcas was not only possible but could be successful. The marine park industry were outraged and seriously concerned about the precedent Keiko set. Keiko’s story raised awareness of the cruelty of removing these powerful, sentient animals out of their natural environment and condemning them to a life as a one-dimensional caricature in a concrete tank. Keiko was a trail blazer, a pioneer. His story was a world’s first and let’s hope, for the sake of the remaining 45 orcas still in captivity in the world today, it won’t be the last. 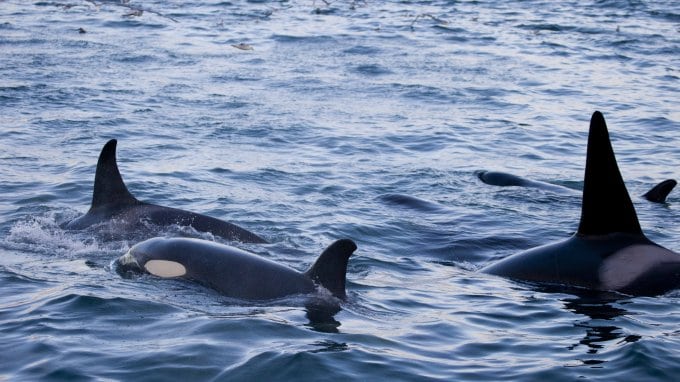